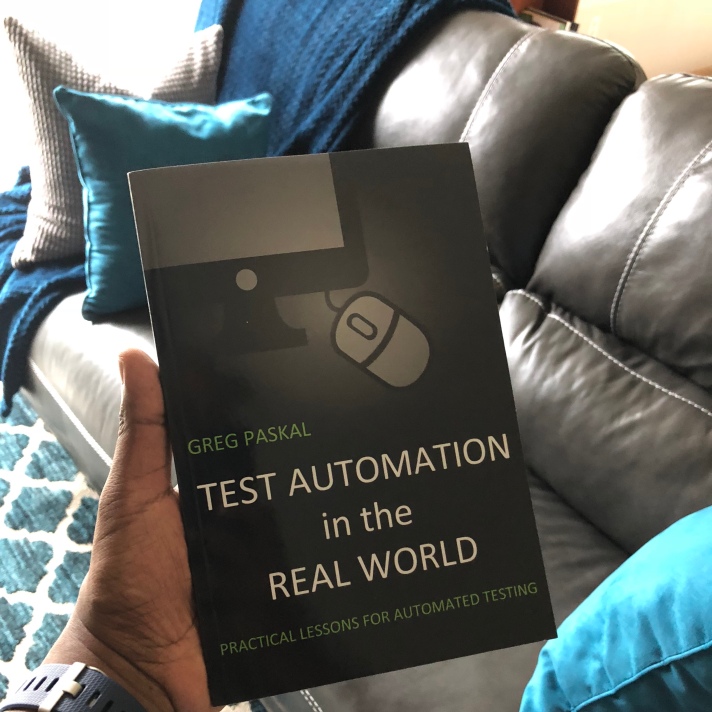 Last week on the Automation Guild Slack Channel, Greg Paskal answered a question I had as well as providing some great advice on getting started with test automation. It was valuable information and advice, so I wanted to know more about Mr. Paskal. I came across a book he wrote titled, “Test Automation in the Real World: Practical Lessons for Automated Testing” and ordered it ASAP. I read the book this past week, and it did not disappoint. The book is Paskal’s 30 plus years of experience with software development and test engineering, and what has worked for him, as well as some of the mistakes he’s seen along the way with early and inexperienced adopters of test automation. To find out more about Greg Paskal and this gem of a book, go to http://realworldtestautomation.com/ 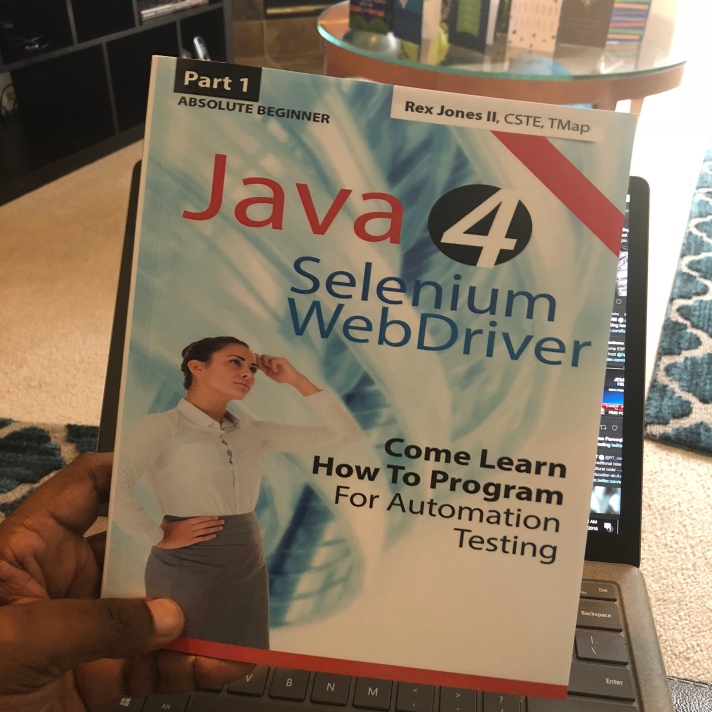 While I was rehabbing my ruptured Achilles tendon this past Summer, I reached out to Angie Jones for advice on how to start my automation journey. One of the resources that she provided for me was a series of books by Rex Allen Jones II (no relation to Angie), that aide in learning programming as it relates to automation. The first book that I began reading of this series is “Java 4 Selenium WebDriver.” This book according to Jones II is intended for “…beginners with little to no knowledge of Java. Beginners are people new to Selenium and Java, and have a desire to establish a deep foundation of Java principles.” You can pick up this book on Amazon.

We are Hiring a Manual Tester @ iSpot.tv

Had a very productive meeting with my manager this past week on where we are and where we should go in 2018, as it relates to testing, both automated and manually. We have a need for an experienced manual tester, so if you know of anyone in the Seattle area, please encourage them to apply via the posting at https://www.ispot.tv/careers/listings 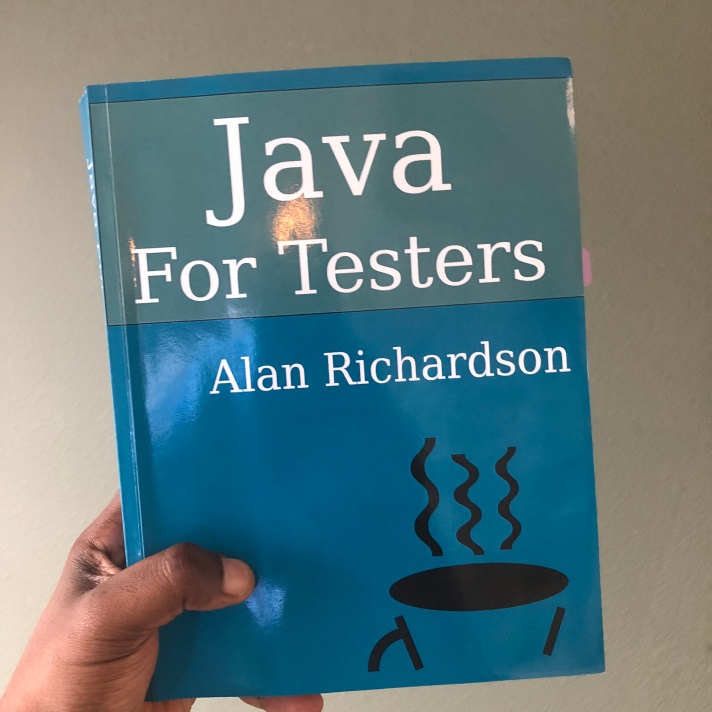 “Java for Testers” by Alan Richardson continues to be a great book as to how to apply Java to testing. With each chapter, I’m picking up something new. Again, I’ll provide a more in-depth review once I’ve completed the book. If you can’t wait and would like to pick it up now, on Amazon or by going to http://eviltester.com