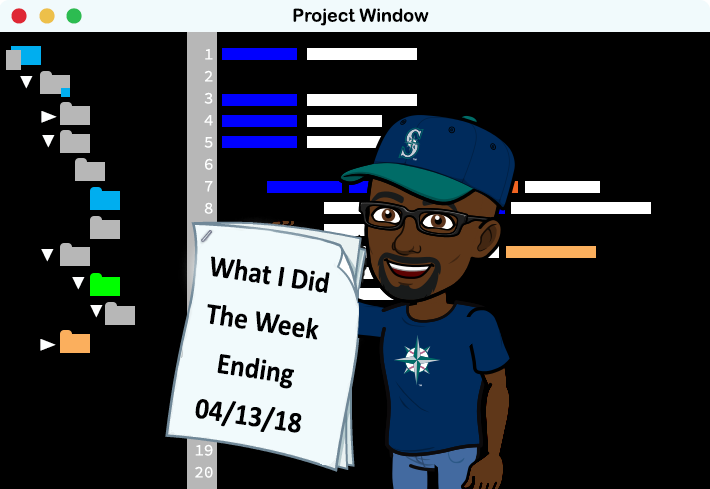 mabl continues to impress me. As I have mentioned over the last few weeks, I have used it in a limited capacity (e.g. crawling web site, looking for broken links) but it what it offers is promising. I have a call scheduled with mabl this week, to find out more, so I’m excited to know what it offers beyond what I know and whether it will be something that I continue to use long term.

The BDD Testing Skills Webinar sponsored by TestRail is one I recommend if you are not familiar with BDD and would like to know more about it. Simon Knight with special guest Jeff Langr, who has a 35 year career in development and delivery of software. He’s also an author of 5 books as well as a contributor to “Clean Code – A Handbook of Agile Software Craftmanship by Robert C. Martin.” Most attendees on the webinar were not practicing BDD, so I felt right at home. 😊

Topics discussed during the hour long webinar, included the history of BDD, benefits, as well as pitfalls. It becomes really clear right from the start that Jeff has a LOT of experience, as he speaks from his own experiences as to what has and what hasn’t worked.

“…the best tests that we can write for a BDD process….is Acceptance tests…They describe features so that a customer can understand them and hopefully hook into our system through an API.”

If interested in viewing, you can do so at https://youtu.be/5JdIb00qX0A

This week I began adding in my locators. I started with one page and once completed, I will be following the same processes outlined for our developers, when they are pushing their code up. It’s been an interesting and very enlightening process, that I ended up writing up an internal document for, to be used as a process going forward, for anyone else that may have to do this.

Determining What Goes into the Toolbox

Over the months, I have been spending some of my time evaluating, through a proof of concept on tools both for purchase and open source. When doing this, you want to make sure that what you are committing to regarding your tools, works for you and your organization. The things that are important to me in regard of tools are:

I have narrowed my choices and will be revealing in the coming weeks, so stay tuned.